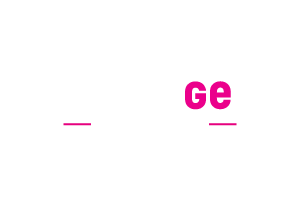 
“A pungently topical and empathetic depiction of one woman’s mission and dedication.”
— Maria Lättilä, Kino

30 years ago, Dr. Helena Pyz moved from Poland for India’s Jeevodaya centre, to care for patients suffering from leprosy and their children.

Jeevodaya (“dawn of life” in Sanskrit) is home to around 100 adults, and 400 children who attend the boarding school.

To her youngest patients, she is not only a doctor but also a motherly figure. Everyone at the centre calls her ‘Mum’. Helena should have retired a long time ago due to poor health but, even now she’s in a wheelchair, she finds herself unable to leave her patients.

As leprosy is not the threat – in a medical sense – it once was, the disease is not Dr. Helena’s main problem. “In the era of antibiotics, it is not as serious,” she says. “The problem is that people are so afraid of it.”

India’s unrelenting caste system and the exclusion of those outside it are a factor. Even after three decades, some locals still haven’t accepted Dr. Helena. Attitudes to her patients, who are treated as untouchables and not belonging to any caste, are as much an enemy as the illness itself.

“Can a mother say she’s had enough? She’ll never do that, her work is never over… We are here to serve. Sometimes presence is the most important thing, not what we do.”
— Dr. Helena Pyz

Dr. Helena’s own attitude is tough and forthright. She tries to persuade the patients to take their medication and fights for the future of Jeevodaya. The battle is hard, as the centre’s new director is more interested in expanding the school and making money from it than he is in the well-being of Dr. Helena’s patients.

Despite the strength of the subjects’ characters, the difficulties of the ongoing battle between different interests, Long Day Tomorrow is understated, allowing the ripples from those relationships to spread and expand the storytelling across a much larger canvas.


Check out The First News article on Long Day Tomorrow